The intricately nested cellular geometry of this Korean library creates intimacy within the larger institution, collecting a series of unique, 5-sided volumes within an infill block. The internally focused library and community center float above an open media common at ground level.

The cells rotate as they stack up, creating a set of dynamic diagonal atria that connect the three levels which are supported on a set of structural and circulation cores. 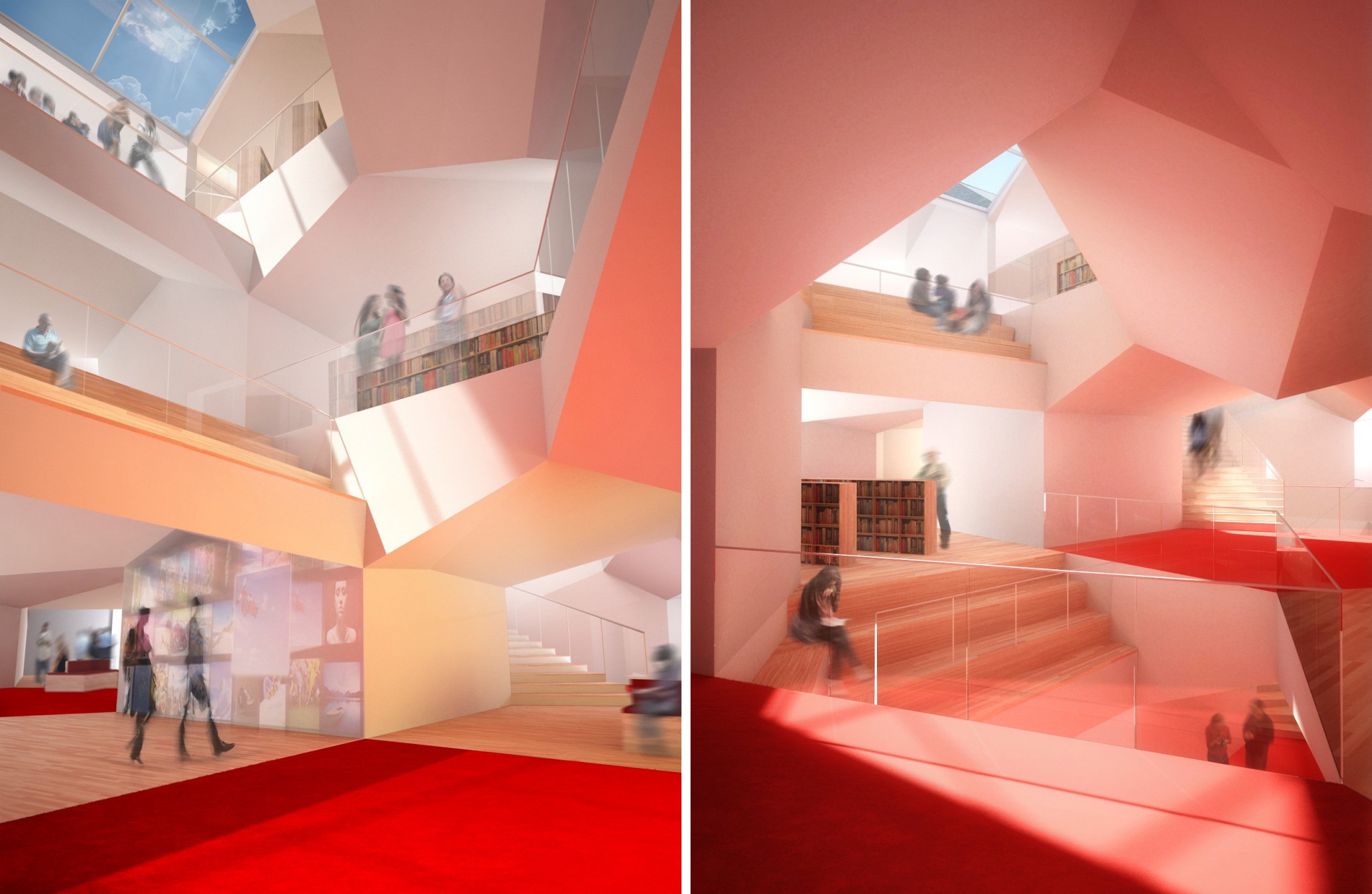