The Istanbul Disaster Prevention and Information Center holds a series of disaster simulation galleries, from earthquakes to rainstorms to fires. The building is designed as a single structure that expresses the multiplicitous atmospheres and climates it contains. Unlike a science museum, where large open halls are sufficient to contain furniture-scale exhibits, the disaster center is a continuous network of distinct spaces. Each exhibit relies on a unique atmosphere and climate supported by its own structural, mechanical and electrical infrastructure.

The exhibit rooms take the form of ‘boulders’ with a single central space at the core surrounded by a ring of infrastructural poche and circulation space.

The core of each boulder is a zone of intense atmosphere produced through dramatic effects of lighting, climate and color which leak out to infuse the more neutral lobby and reception spaces around them. 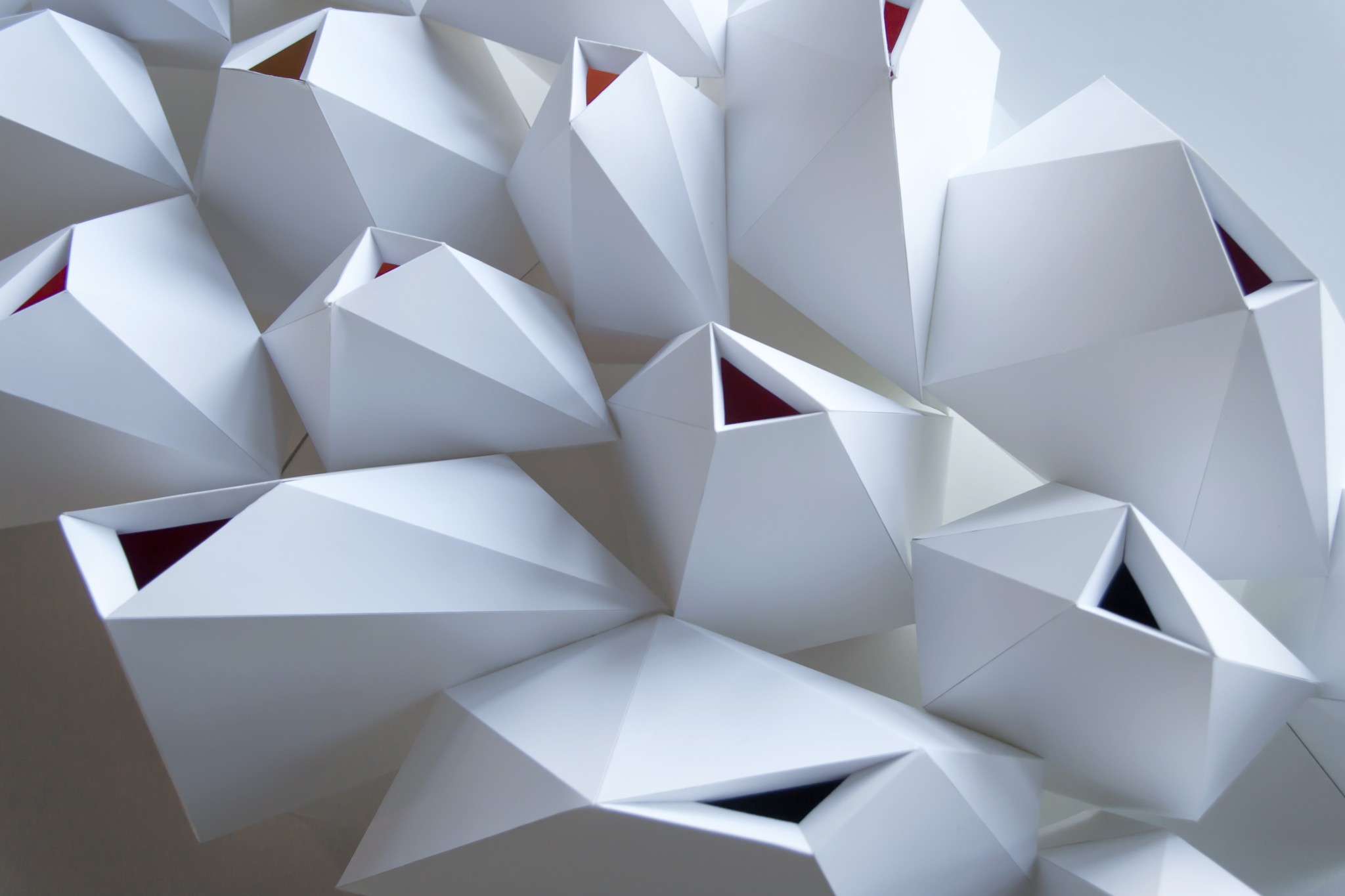 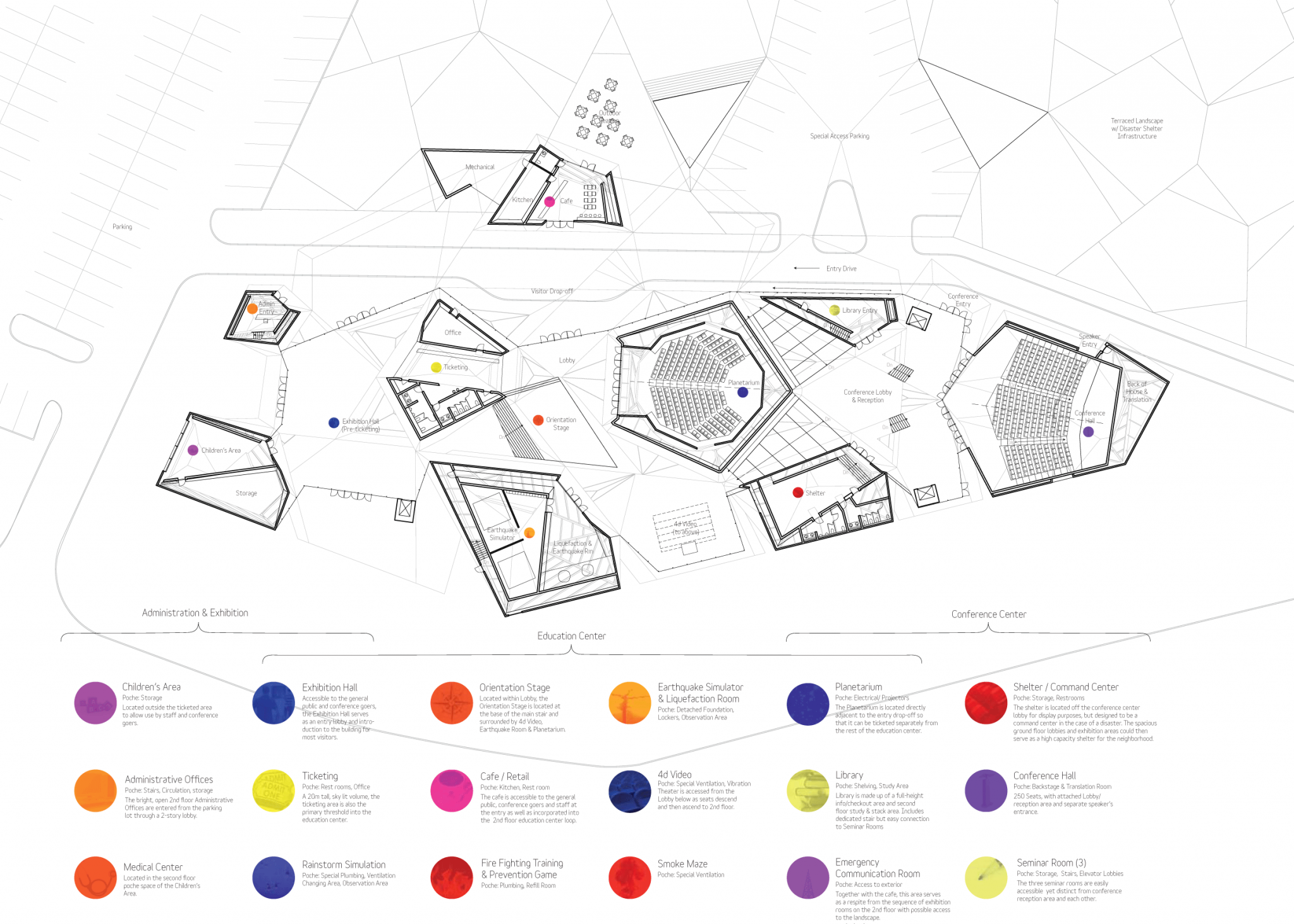 A series of interdependent relationships between ‘boulders’ help to synthesize the varied program into a unified building. While the building may evoke the instability of disaster, its hybrid concrete and steel structure transfers load from one boulder to the next, making it extremely stable – going far beyond current code to allow it to function as regional shelter and command center in the event of an actual disaster. It’s large ground-level open spaces and terraced landscape are designed to shelter upwards of 1000 people.

The modulated continuity of the building’s space allows for multifunctional programming during special events and multilevel passive heating and cooling, while also maintaining subtle thresholds between the education center, conference center, and administrative offices. 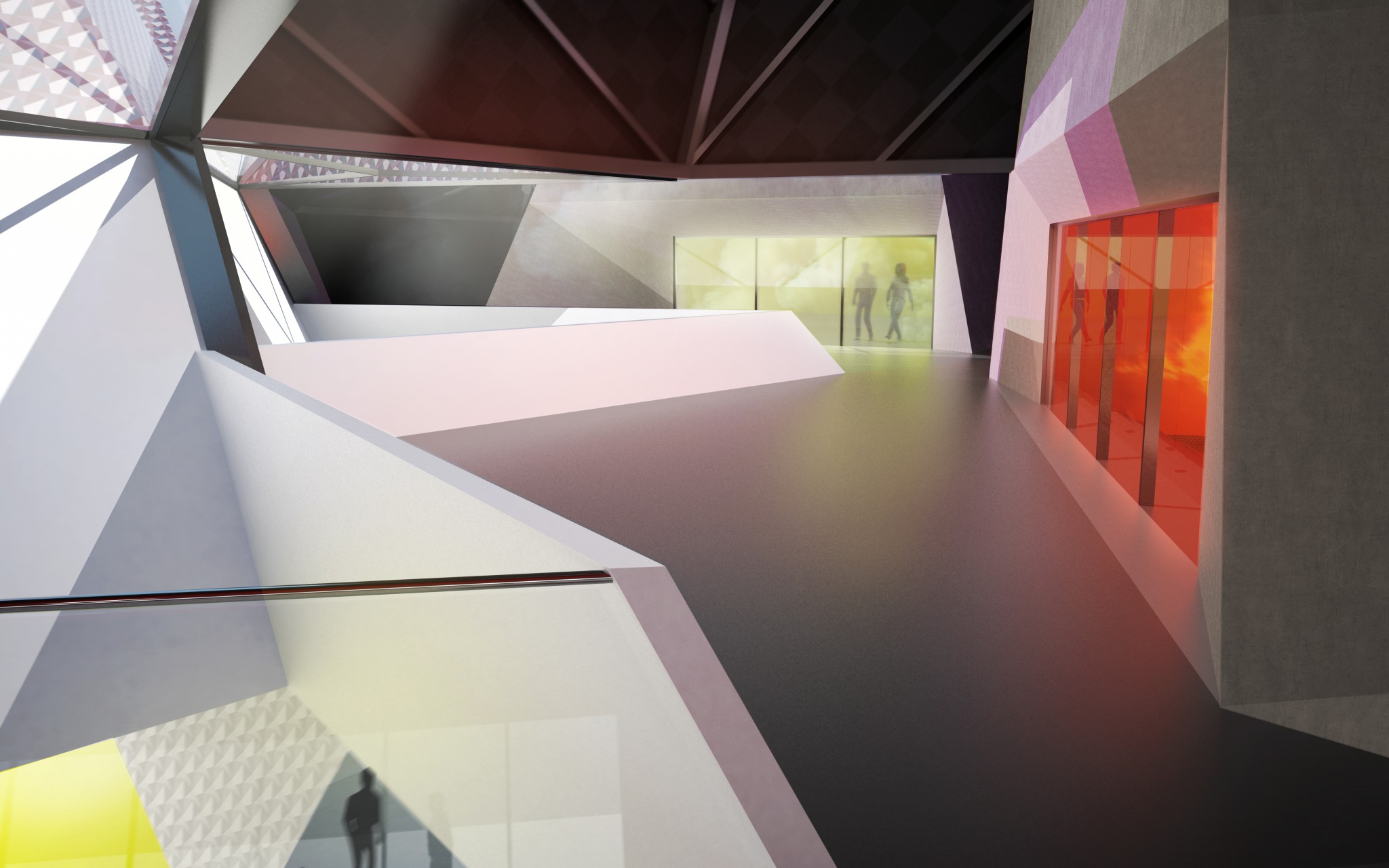 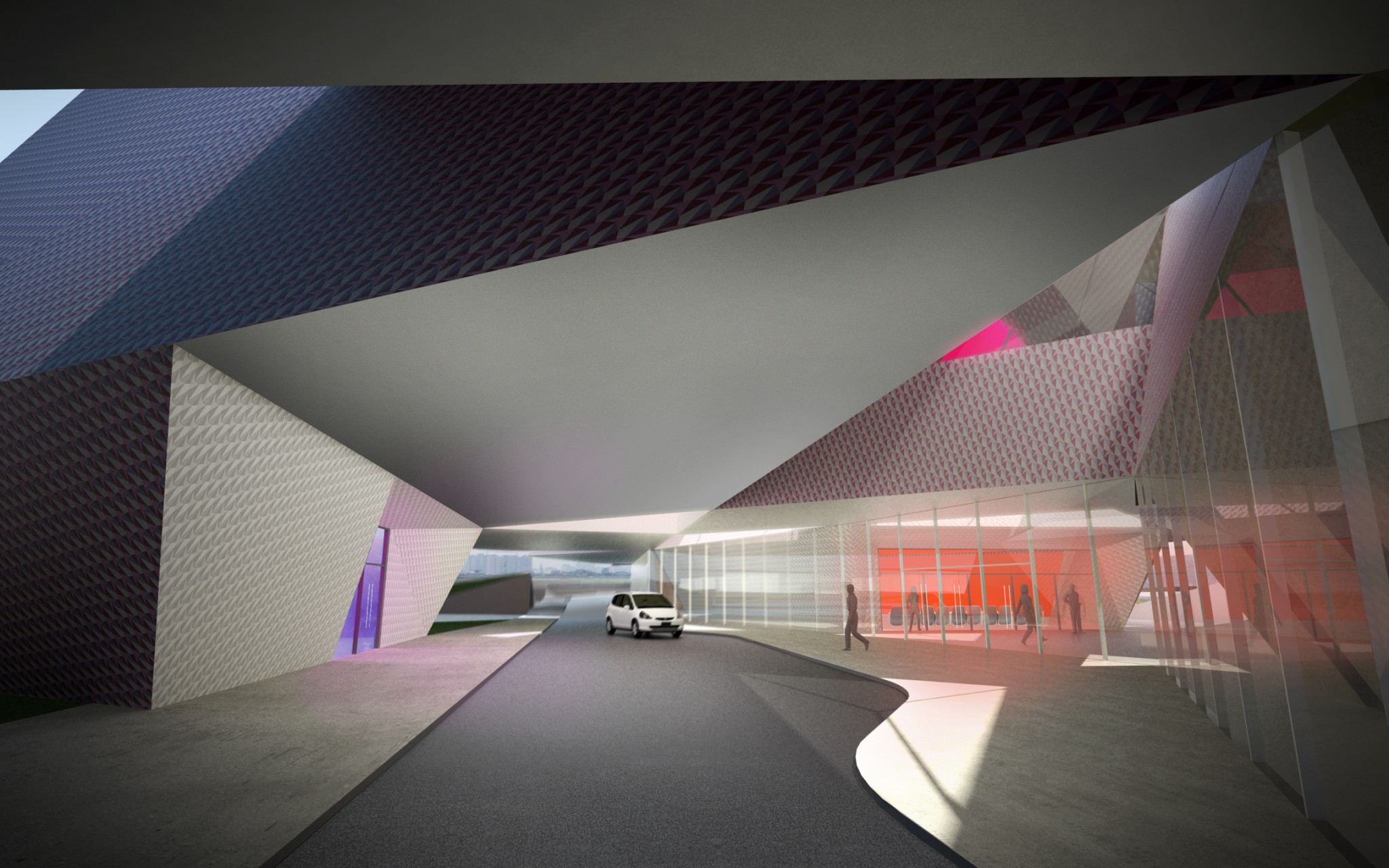 The dramatic entry drive moves under the building allowing for convenient access for conference goers, visitors and employees. On the interior, a single, multilevel loop provides access from ticketing through the lobby and eventually up a grand stair to each element of the education center.