Fabricated for the Possible Mediums Conference/Exhibition at Ohio State University this installation studies how spatial and perceptual variability can be applied to the development of the space frame. Invented at the turn of the century by Alexander Graham Bell, the space frame was first developed as a kite structure that used repetitive spatial geometries and ultra light materials to create lift through volume. Bell’s research was adopted by architects as a structural system that enabled buildings to enclose large volumes of space. Composed of small, light components organized into deep triangulated frames the space truss was deployed to achieve long spans while maintaining transparent interiors.

This 48 cubic foot space frame reinvestigates the tetrahedral kite as a potential architectural structure, trading their modularity for modulation to invite new spatial opportunity and field based effects. Rather than lift, our structure creates a complex 3-dimensional order of intricately stacked volumes. A logic of 3-dimensional packing rather than deformation or smooth variation creates nested hierarchies and symmetries as well as individual cells with very different character and orientation.

As the cube turns, 2-dimensional image fragments into a volumetric field before and re-collapsing to a single image again. The surfaces receive image projections of meshed translations of Marilyn Minter’s highly decorated eyes, producing points of figural legibility and hydridization that emphasize the dynamic spatial qualities of the interior. 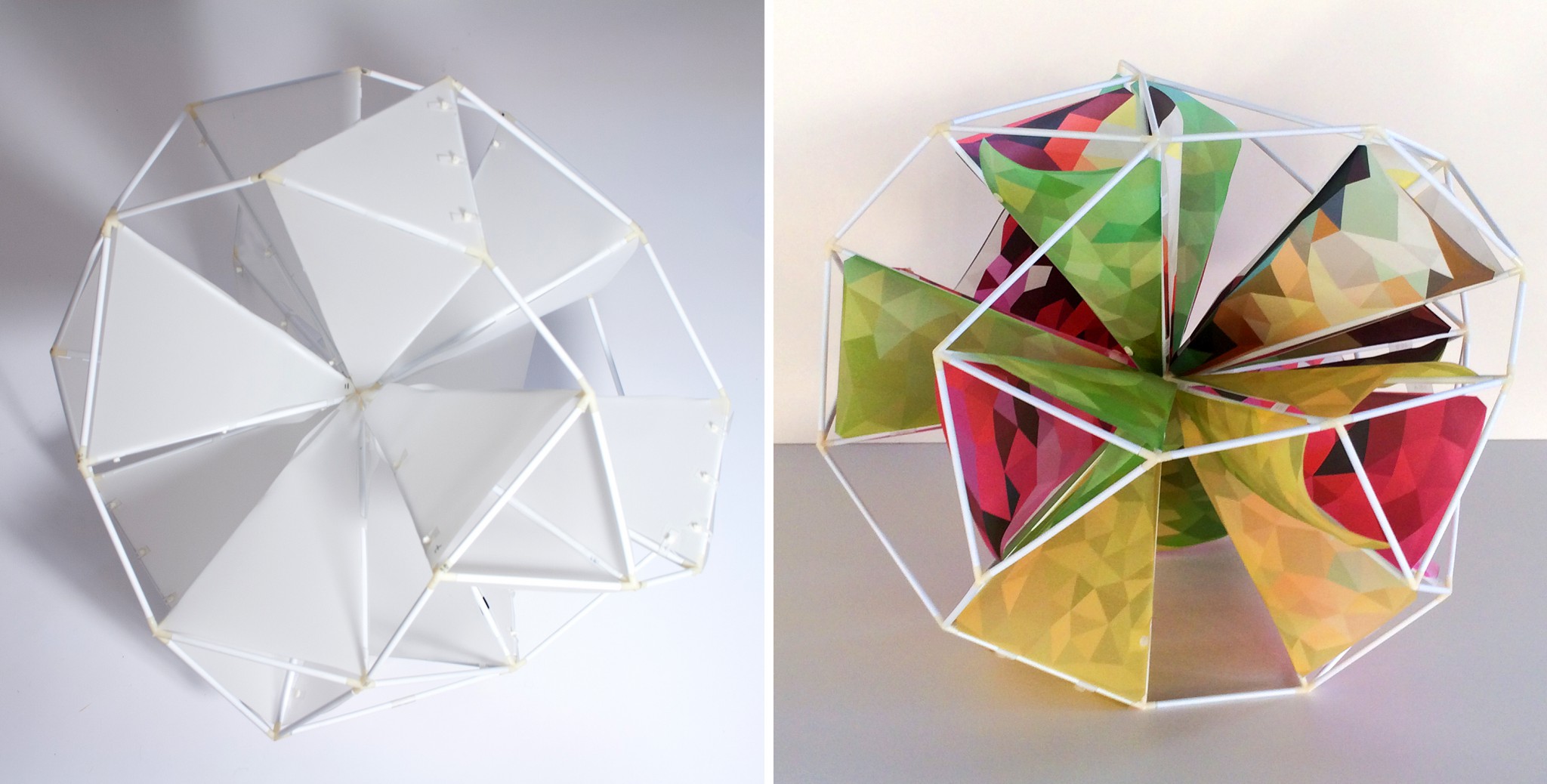 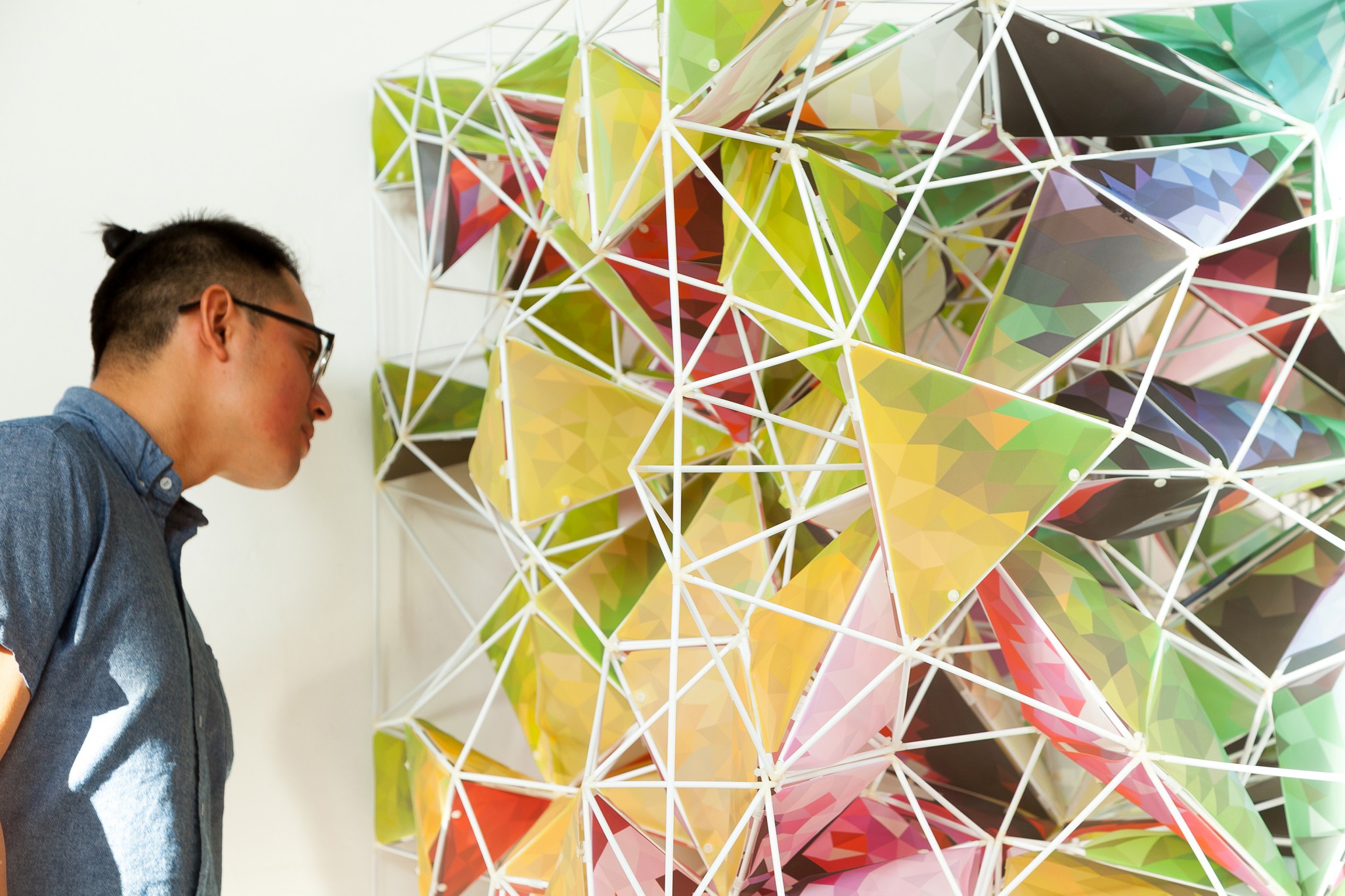 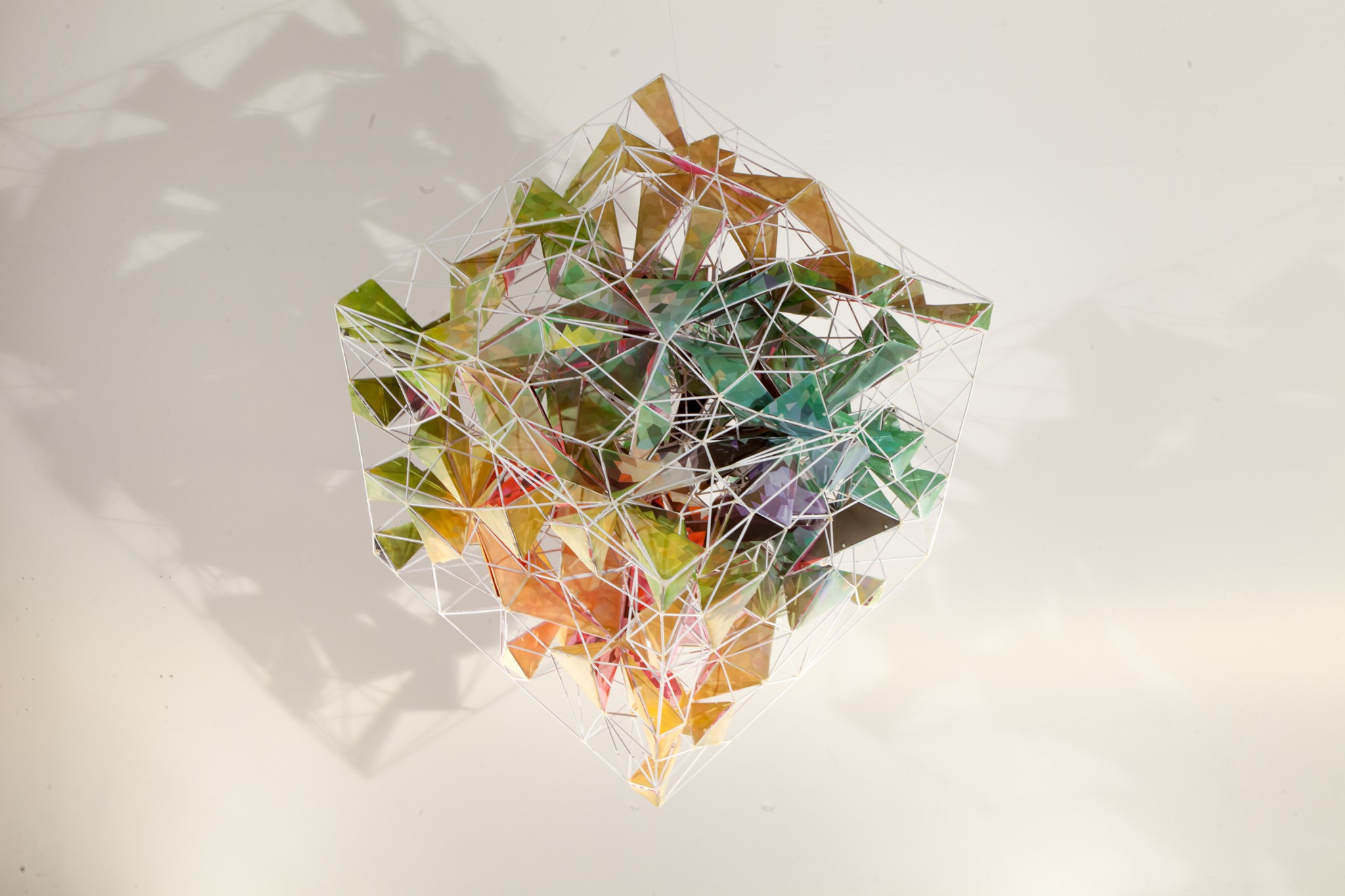 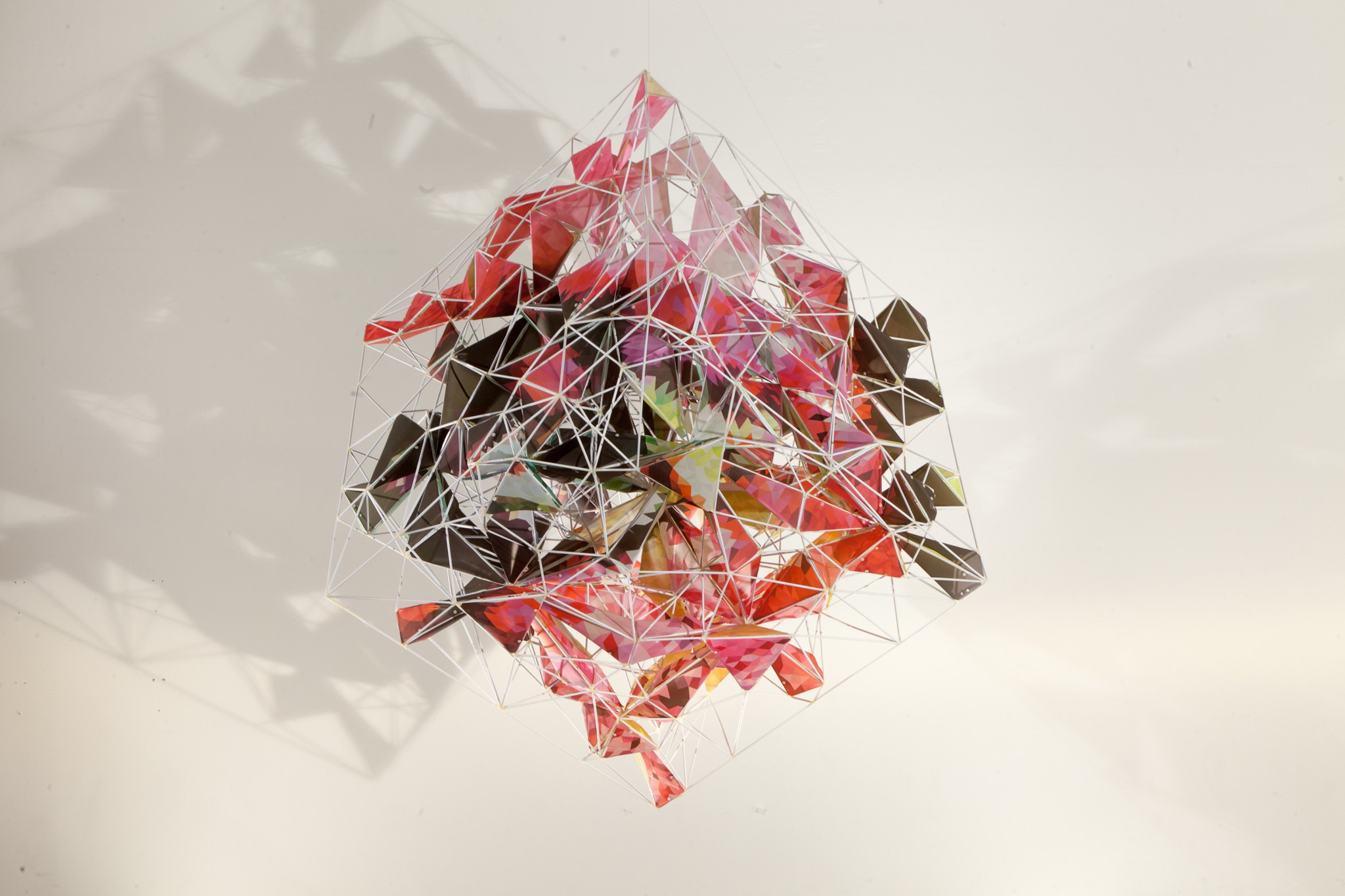 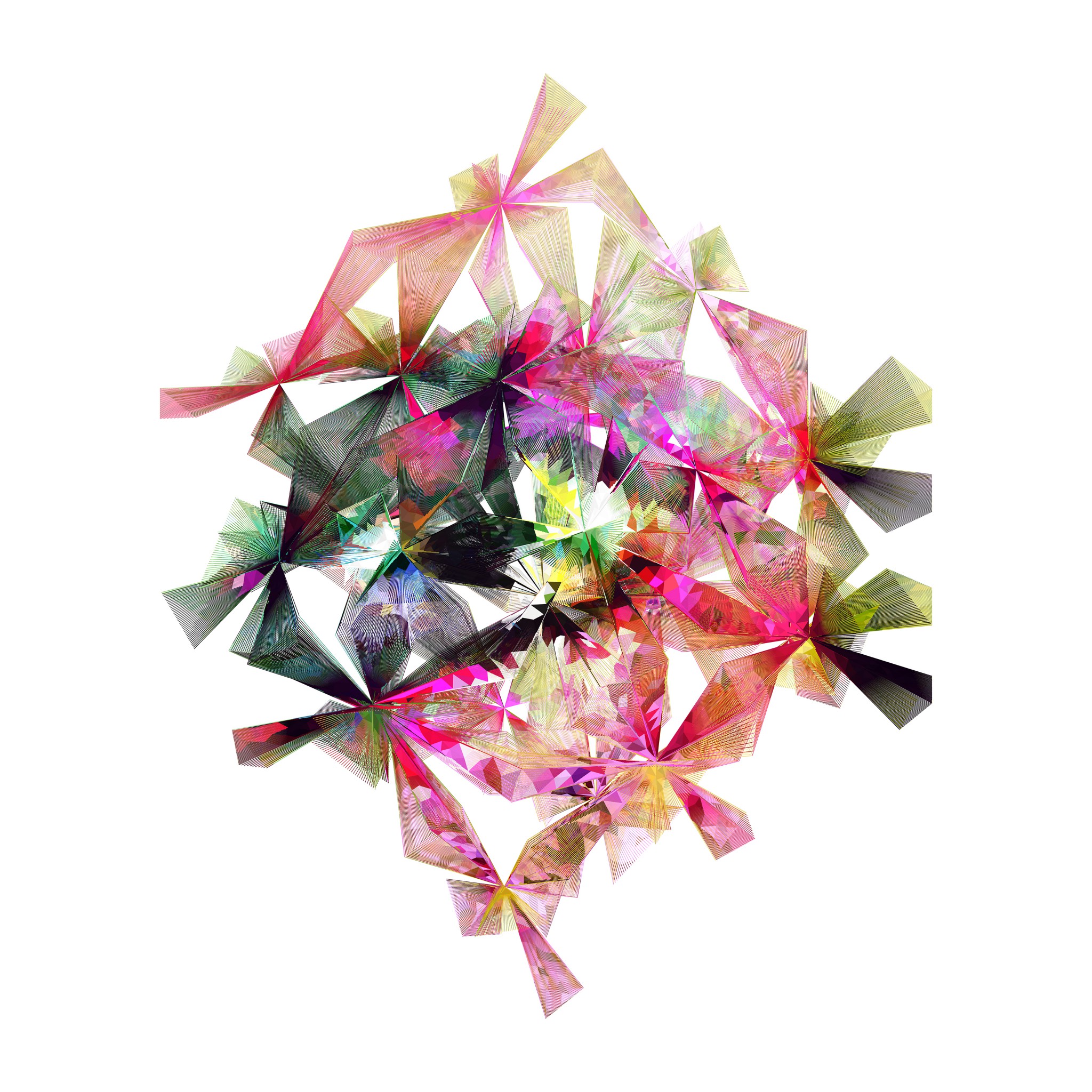 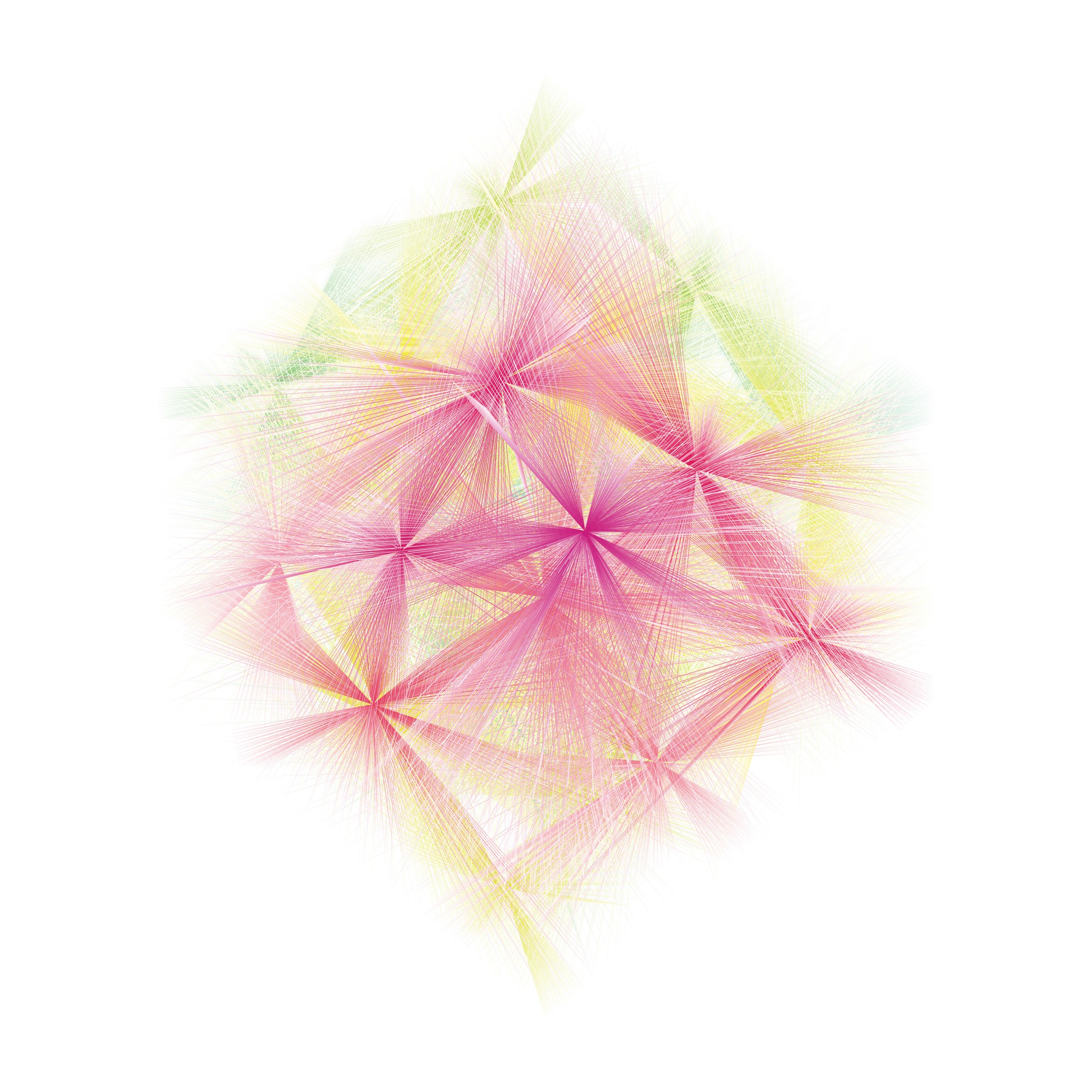 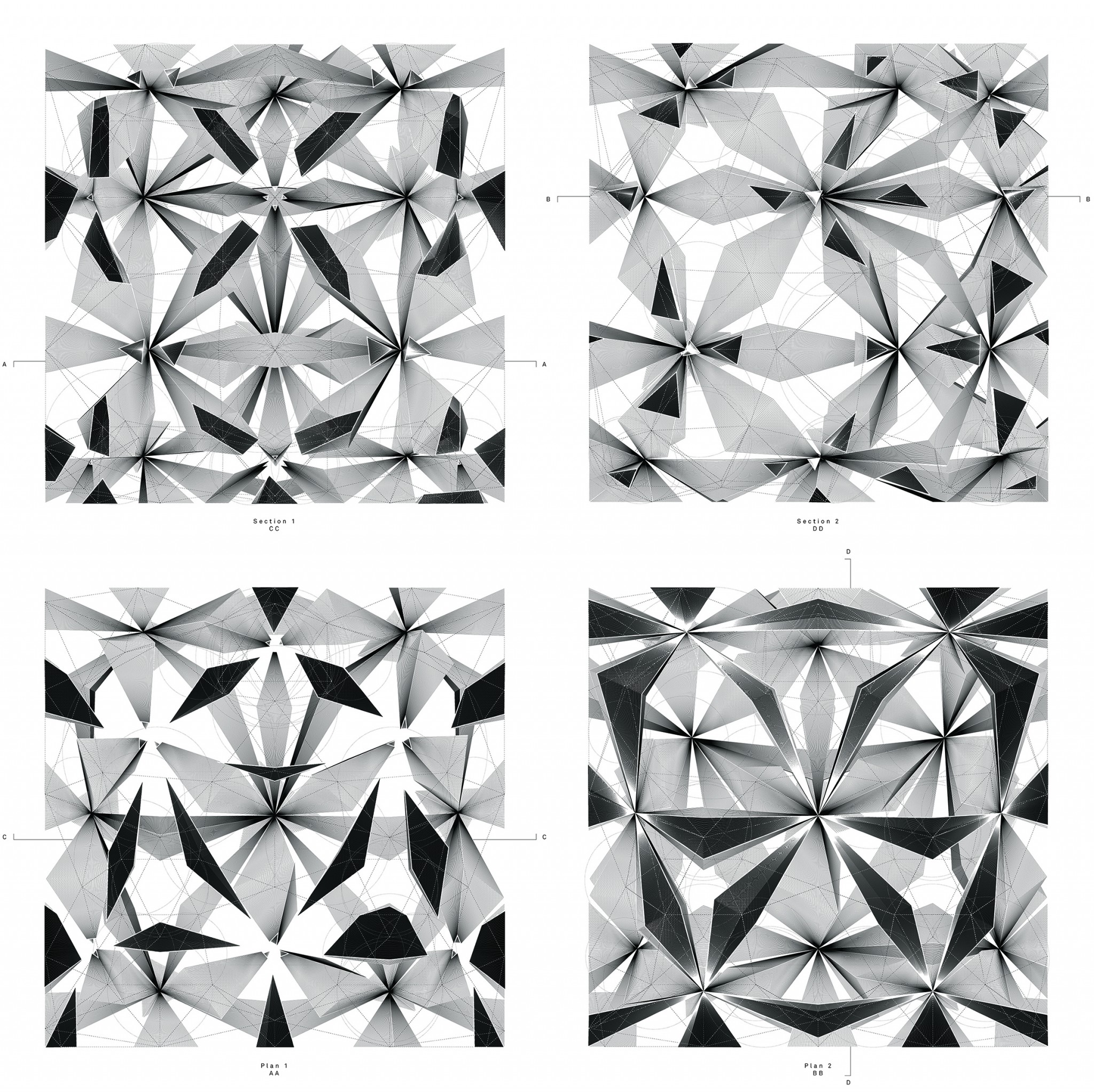