If an iconic building maintains a banal one-liner relationship between figure and form, Technicolor Bloom tests figure at its most undefined and indeterminate: patterns reinforce a certain geometry one moment and cloud it the next; figures emerge separately and simultaneously fuse together. The installation proposes a variation of architectural figure that never produces specific meanings, but evokes only loose, variable associations, remaining in the realm of affect. 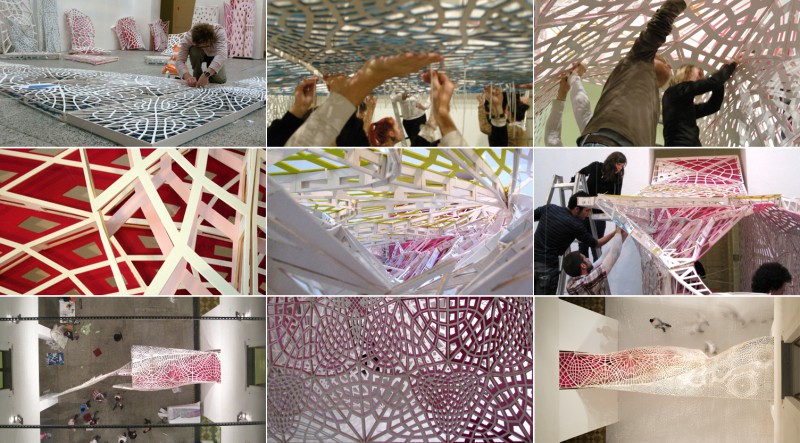