Drawing has been a preoccupation and an autonomous form of work at FreelandBuck since the office was formed, but as architects committed to building, we are wary of that autonomy. As a result, we often apply processes and sensibilities associated with drawing to fabrication and building, constructing three-dimensional drawings at building scale. If traditionally, architectural drawing is used to describe building, in this series of projects, drawings are built as a specific objects in three-dimensional space, producing artifacts that are both abstract and tectonic, representational and tactile. In our winning proposal for The Smithsonian’s ABOVE the Renwick Competition, drawing takes the form of materialized linework, using conventional techniques like hatching, moire, and constructed perspective. Simultaneously representation and physical form, this proposal reconsiders the Albertian principle that architects make drawings not buildings, exploring the simultaneity of the two mediums. The Flatiron Pavilion sited at the base of the Flatiron Building in New York functions more like a mirror, reflecting, bending, and multiplying the surrounding city into a series of prismatic layers. As an object, the pavilion lies at a privileged point of view, displacing the viewing subject. Rather than a single, cohesive perspective, it reveals an array of fractured, partial views. Our FIU Canopy proposal, sited on the roof of the architecture school at Florida International University, reflects the banal roofscape of the building in a series of concentrically aligned layers. The hanging surfaces are populated by linework – hatched textures that unify the disparate geometry of four composed facades, articulating surrounding apertures as luminous interior volumes. 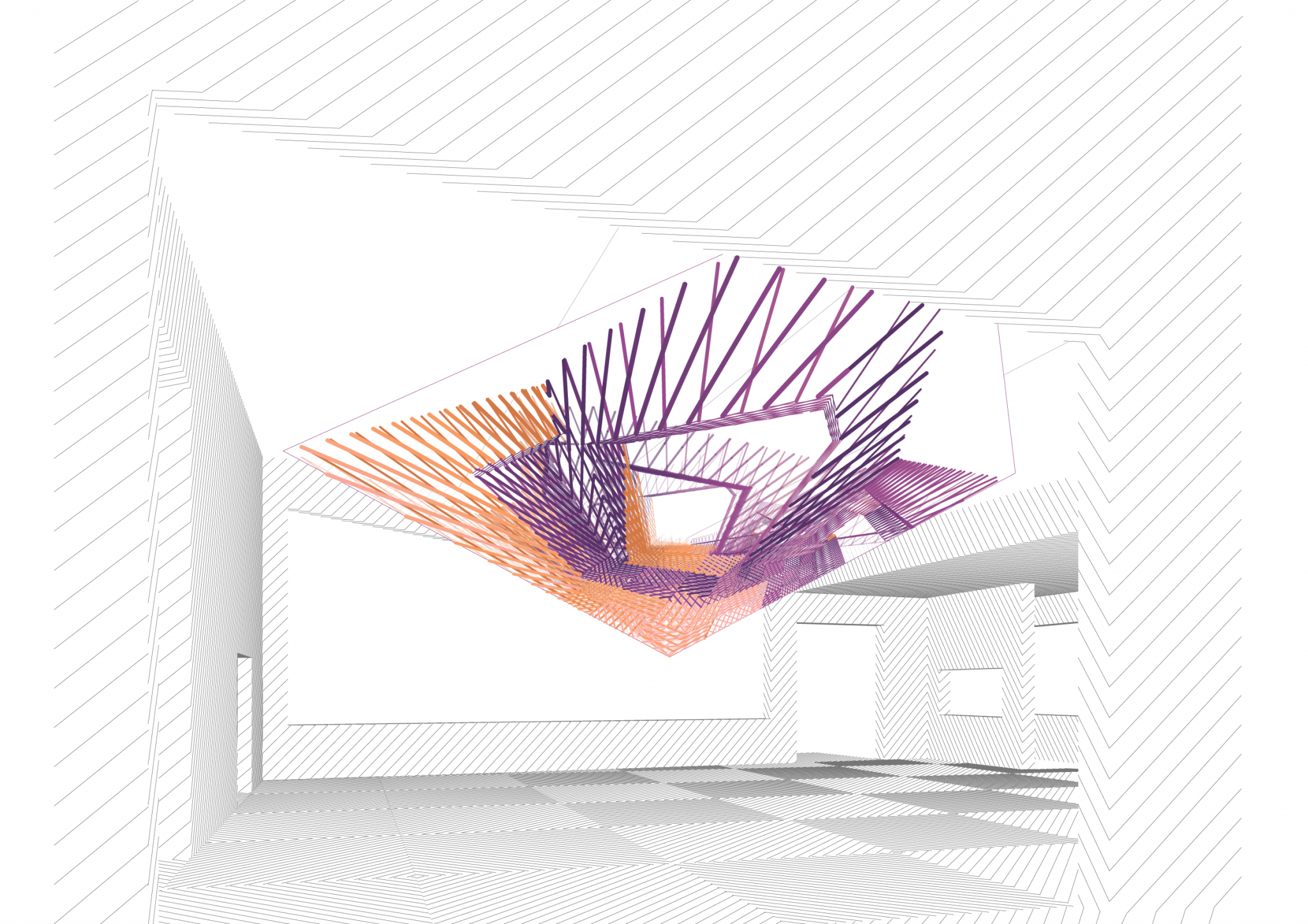