Much formal exploration over the last 20 years has focused on atectonic expression through digital surfaces and composite materials, but architecture has seen a recent flurry of tectonic – or perhaps anti-tectonic – invention in the form of piles, heaps and stacks. Rather than celebrate the detail, these structures randomize or make light of their details. Rather than the poetic expression of structure, piles and stacks produce the tectonic version of the floating signifier, expressing ambiguity and openness at the level of structure instead of symbolic meaning. These are forms of architectural abstraction that open up a range of associations rather than point toward an essence of architecture. 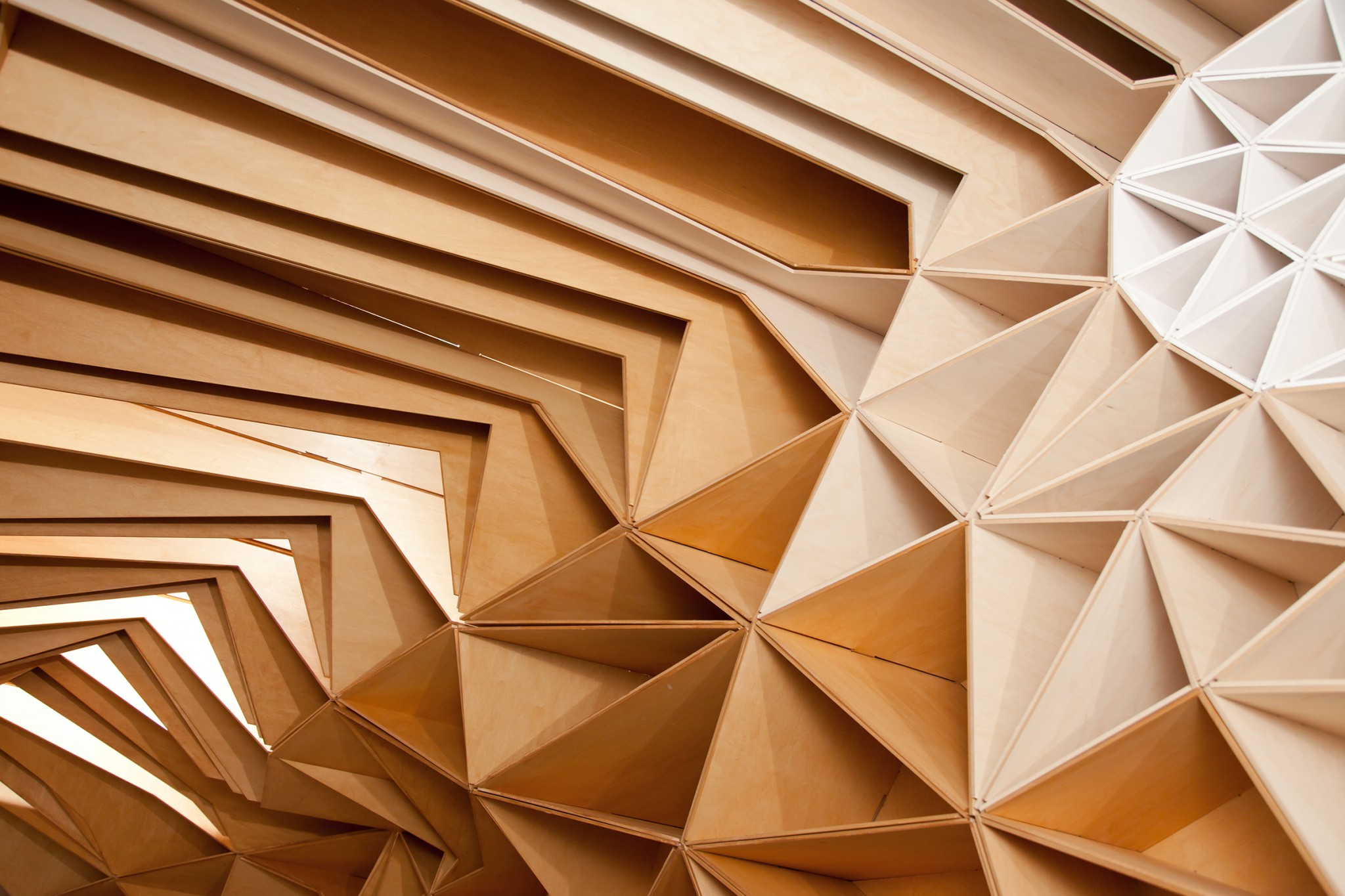 Our early studies of surface-based poche explore the subtly evocative potential of figural structure. Three patterns of structural members are designed to evoke structural, natural and monumental configurations (the latter inspired by Louis Sullivan’s midwest bank buildings), and extruded to give a perspectival orientation to an interior void. The resulting semi-solid mass infused the enclosed space with both character and spatial orientation. 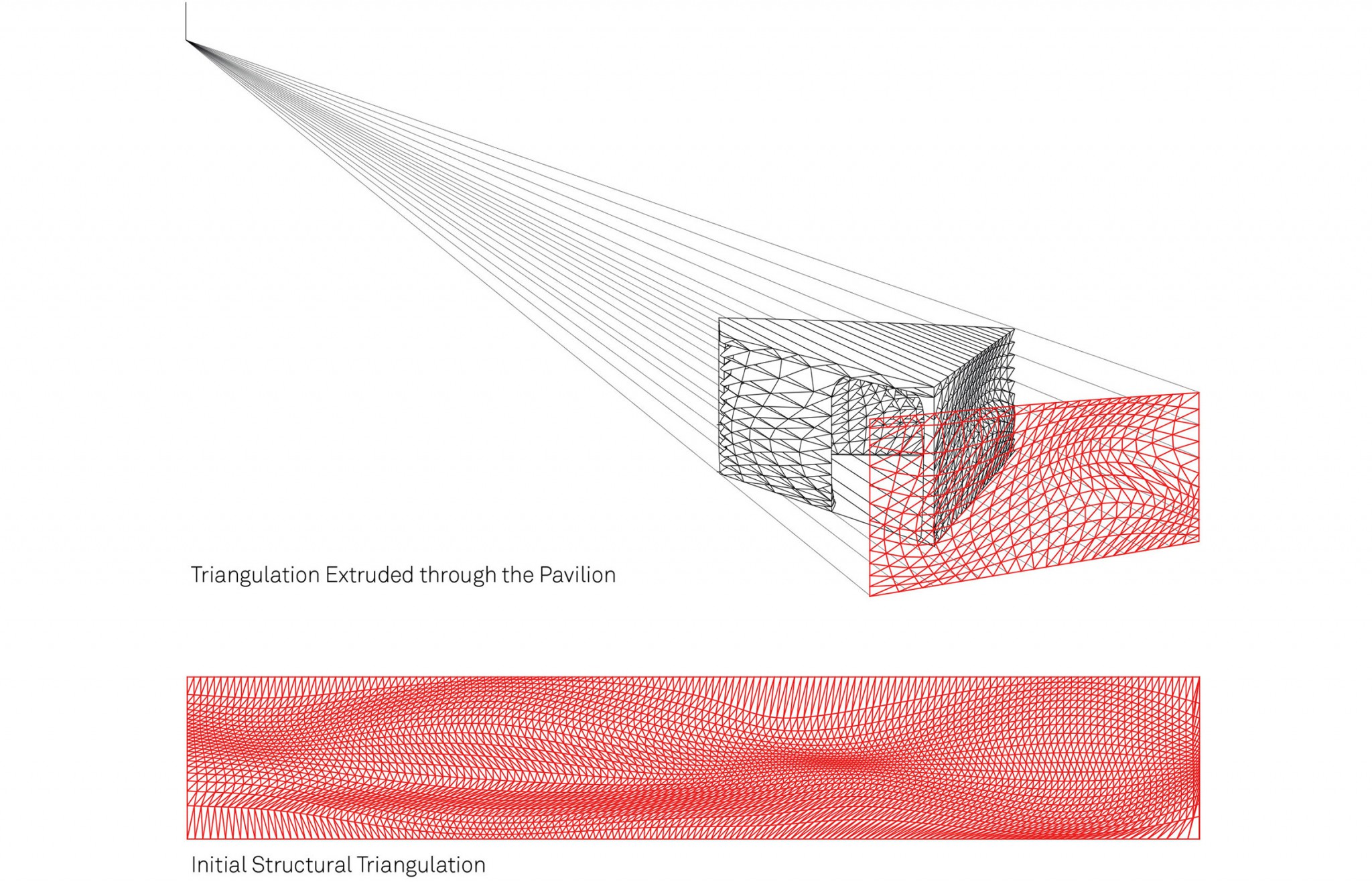 The ‘Assembly Pavilion,’ developed with students at the Yale School of Architecture, used a similar strategy starting with a 2d pattern that was extruded through the space of the pavilion. 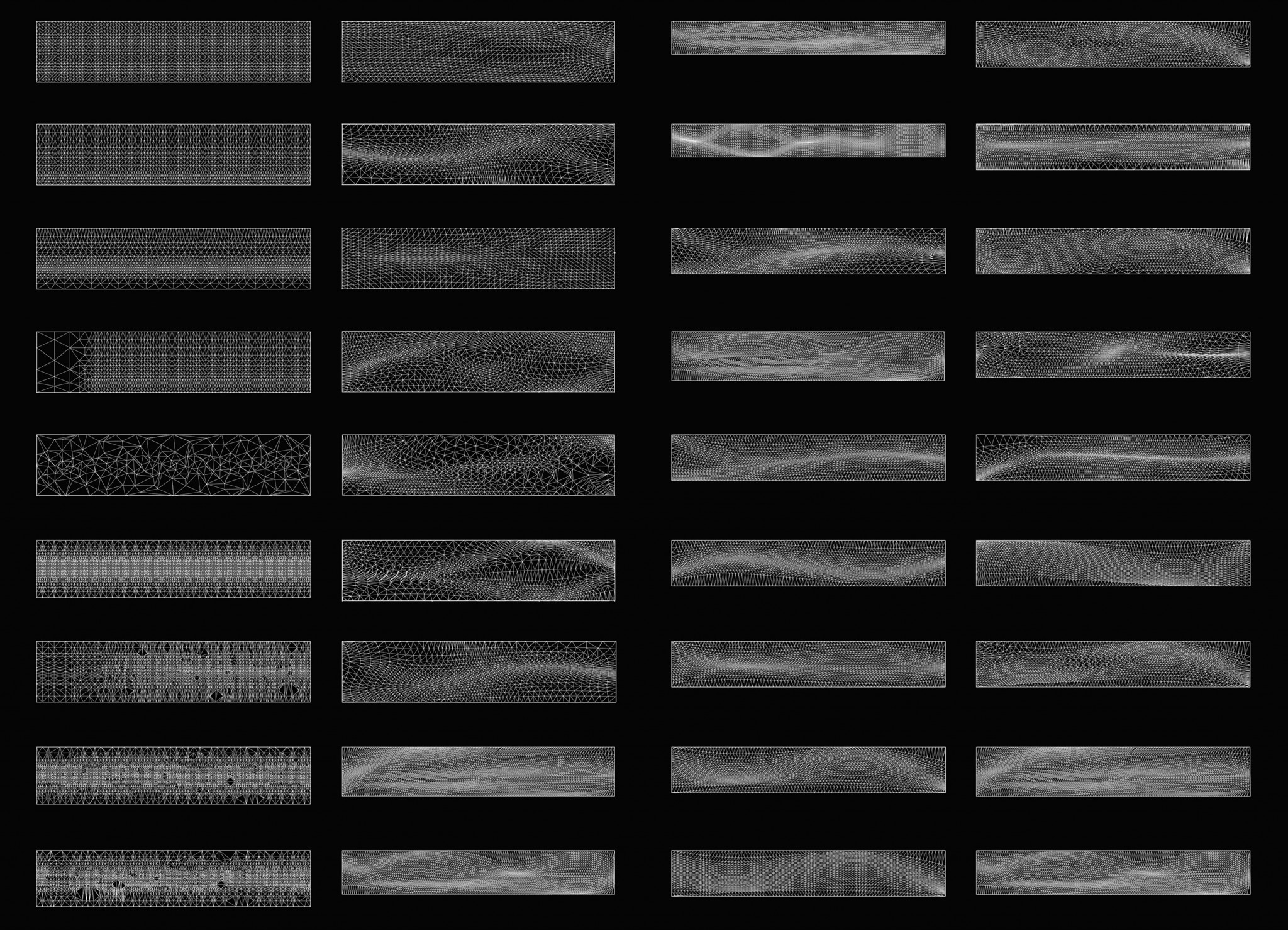 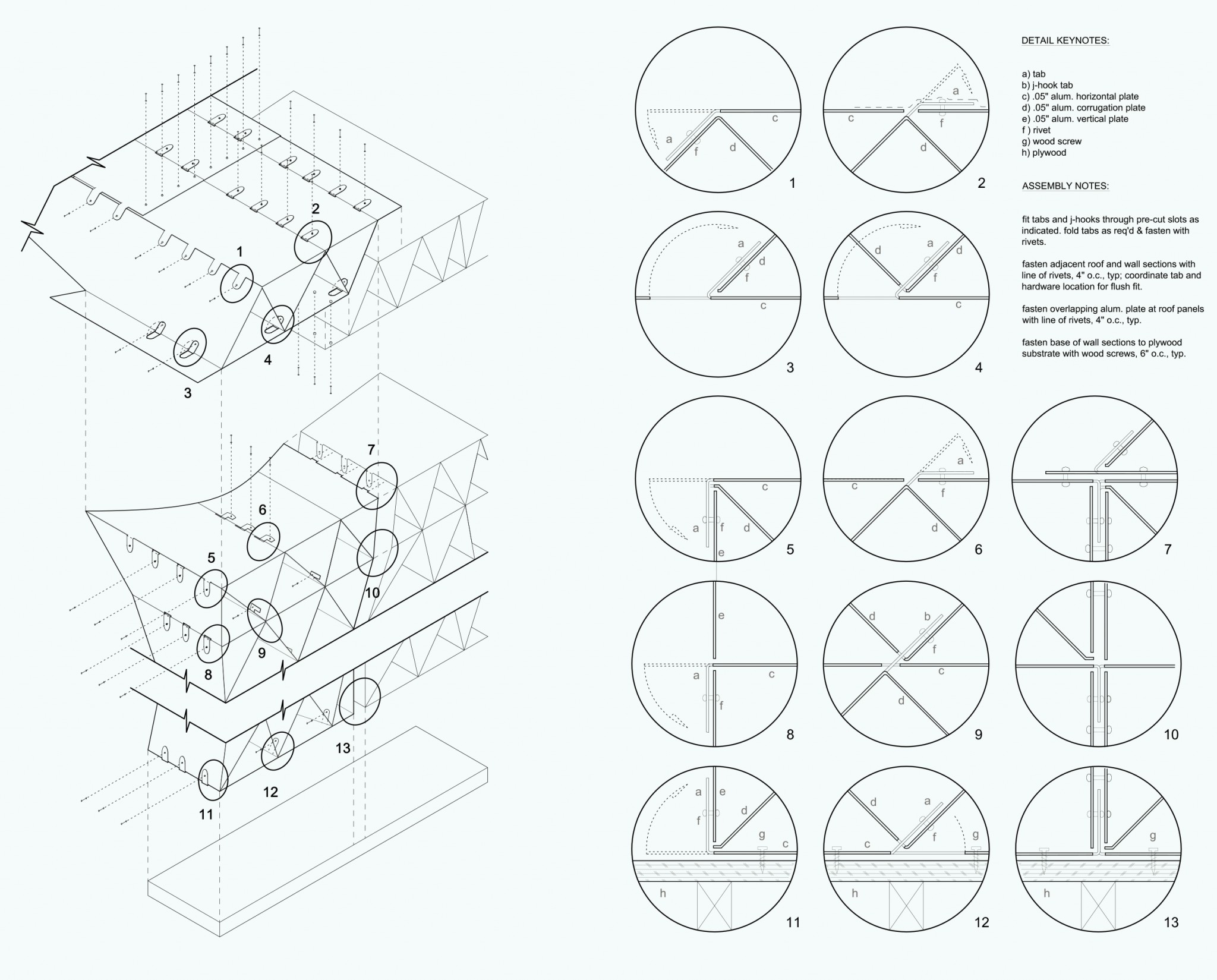 The pavilion was assembled as 23 large corrugated ‘bricks.’ 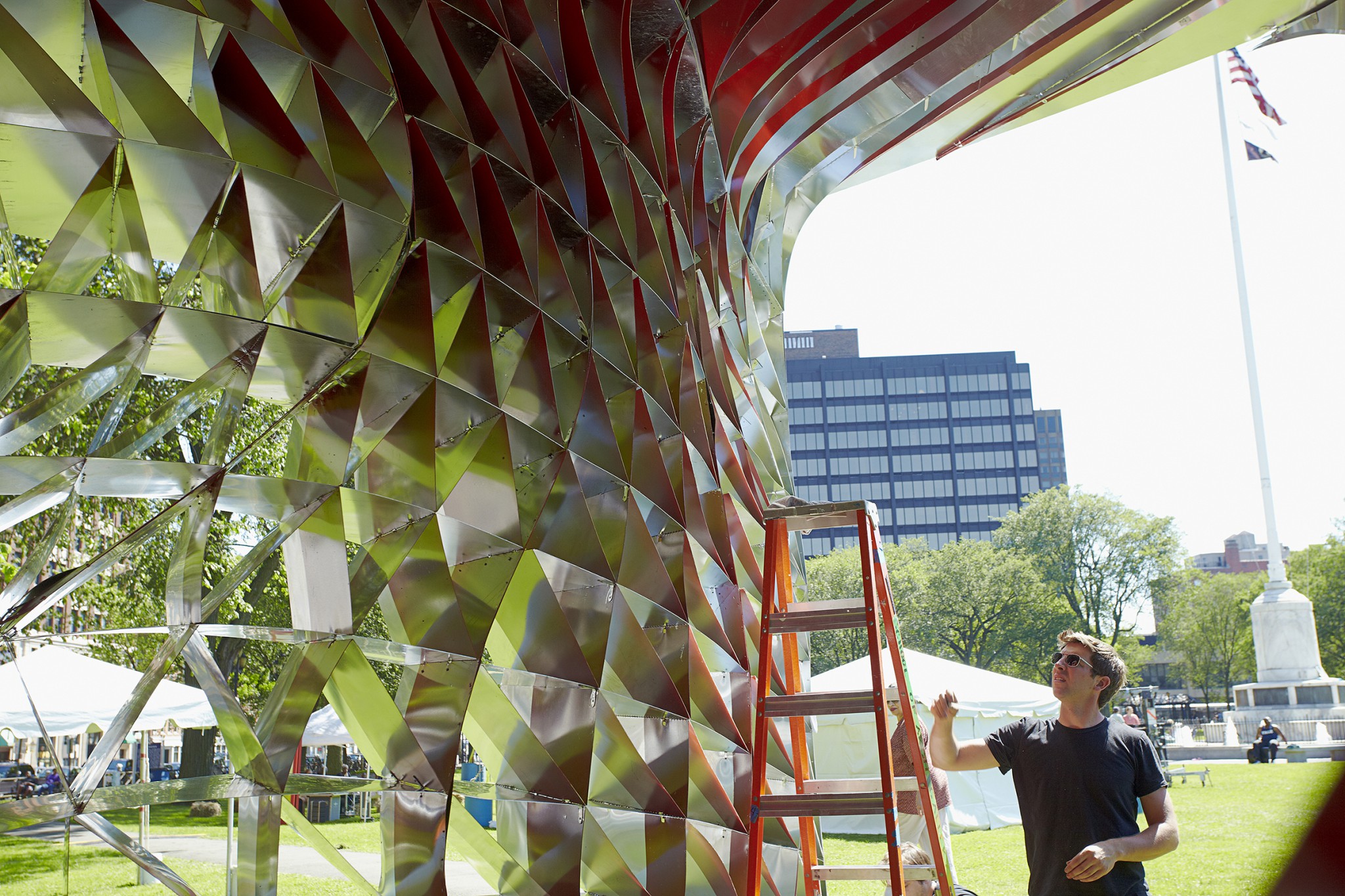 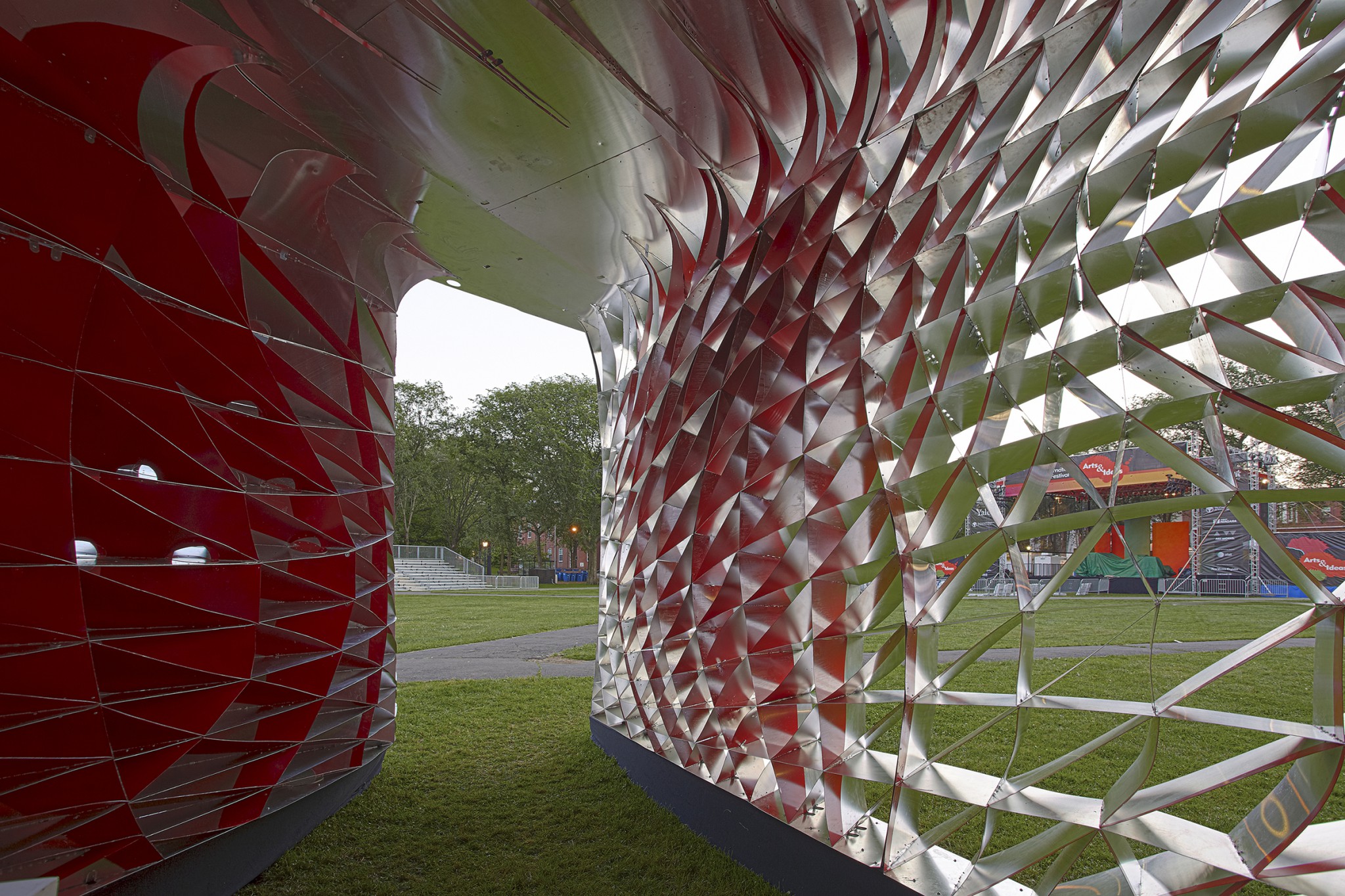